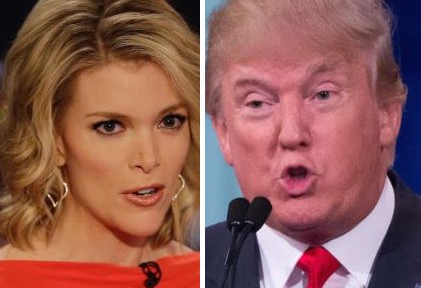 Fox News anchor Megyn Kelly, who tried to thump Trump during the recent Republican debate, is now receiving a boatload of hate, including death threats via social media.

In a debate debacle, the likes not seen since Candy Crowley incorrectly contradicted then candidate, Mitt Romney, Kelly, and her ambush style of moderating, has caused Fox boss, Roger Ailes, to personally issue Donald Trump an apology. For a few days, Ailes didn’t know how to handle Trump’s full-throated attack on Kelly, who accused Trump of sexism during the debate. Eventually, as I reported yesterday, he made the same choice he always does: follow the ratings, and mend fences with Trump. But that process has meant that Fox has had to mute its defense of Kelly, who is now watching uneasily as the Fox audience turns on her: According to one high-level source, Kelly has told Fox producers that she’s been getting death threats from Trump supporters. h/t gawker

Kelly, who ranked among Fox’s most watched anchors, has since been hemorrhaging fans at an alarming rate, putting her very future at Fox in serious question.