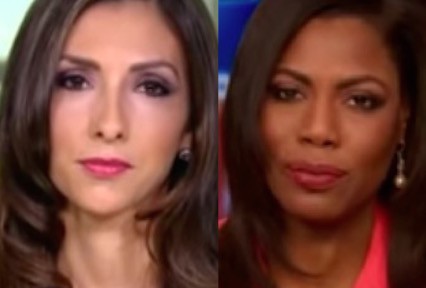 Omarosa did not mince her words while defending Donald Trump on CNN, saying debate moderator, Megyn Kelly engaged in ‘Lowest Form of Journalism,’ in her personal attack on the candidate.

Appearing along with her former roomie, Katrina Campins, Omarosa stood by her former boss telling host Brian Stelter, “It’s so clear to me that Megan Kelly had a bone to pick with Donald Trump.” Omarosa insisted that Kelly did not give Trump “a fair chance of showing where he stands on women’s issues,” Campins chiming in, “I don’t think he has a problem with women.”