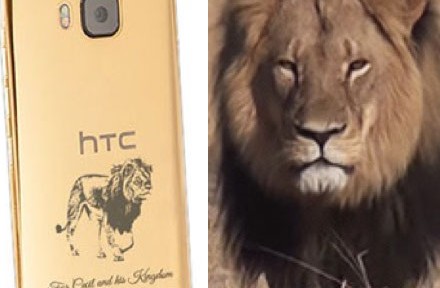 According to the company, they plan on donating a portion of the proceeds of this special limited edition phone to Friends of Hwange, benefitting efforts to conserve Zimbabwe. Total proceeds will be around 10-percent of the purchase price of this very extravagant device. At 10% of every sale of this device, Goldgenie will be donating about $248.57 USD to the Zimbabwe-based conservation charity while the device will cost around 1,580-pounds without VAT. That’s around $2470 USD, while the original goldless device costs around $600 USD. h/t slashgear

But is the device really just a capitalistic effort to take advantage of the death of beloved Cecil? Comment your thoughts below!