Jimmy Kimmel Almost Cries During Monolog About CECIL THE LION 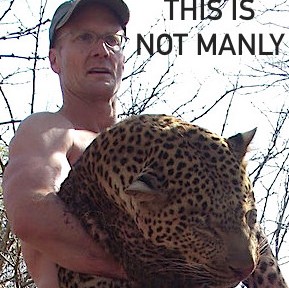 Jimmy Kimmel got visibly choked up during his monolog talking about Cecil the Lion, saying he thinks the entire disgraceful debacle could have been avoided if MN Dentist, James Palmer, simply would have remembered to take his Viagra. He then liken “the most hated man in the world,” to Bill Cosby.

Kimmel recapped the story of Palmer, a Minnesota dentist, who had paid $55,000 to hunt, track and kill an African lion. Palmer ended up killing Cecil, a national treasure housed at the Zimbabwean national park. Kimmel’s passionate monologue was in parts disgusted by Palmer’s act, eviscerating the dentist’s motivation and questioning whether he hunted for sexual thrills, saying “is it that difficult for you to get an erection that you need to kill things?”. h/t thr

He later said if Palmer took Viagra he could “save himself from being the most hated man in America who never advertised jell-o pudding”, a clear reference to Cosby.

A petition has cropped up on the WH website demanding Palmer be extradited for killing the animal.