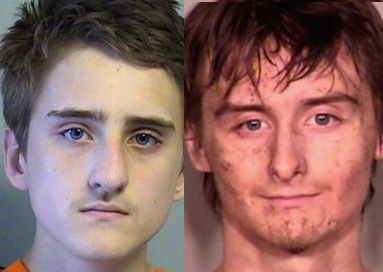 Robert Bever, 18, and his younger brother, (whose name is being withheld because of his age,) used knives and a hatchet to kill five family members, including their parents last week in Oklahoma.

Police said, Bever and his younger brother, 16, fatally stabbed five family members including siblings 12 and 5. Their 13-year-old sister was seriously injured and a female toddler was found in the residence unharmed. Law enforcement sources said the younger brother gave a full confession, stating that the murders were part of a larger plan to commit other murders in the area and beyond. The younger Bever said the murders were the start of “a string of killings planned outside of the family.”