Surfer ATTACKED BY SHARK On LIVE TV During Competition! 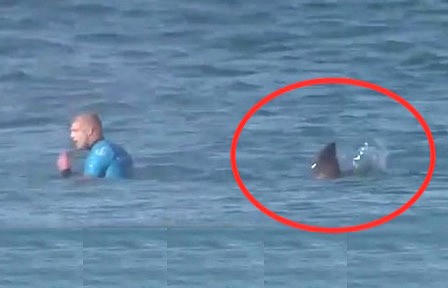 “I had this feeling that something was behind (me), and all of a sudden I felt like I started getting pulled underwater. And then the thing came up and I was on my board and it was right there,” Fanning said.

“I had this thought, ‘What if it comes around for another go at me?’” he said. “Before I knew it, the boat was there. … I can’t believe it, I was tripping out. I’m totally tripping out.” h/t pix11

Video of the incident appears to show two sharks circling the three-time World Surf League champion. The Water Safety Team pulled Fanning and fellow competitor Julian Wilson out of the waters to safety.

Fanning escaped with a severed leash on his surfboard. He told World Surf League TV that he “punched” the shark “in the back” to scare it away.