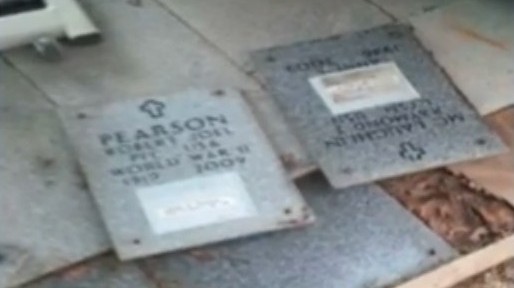 Kevin Maynard, a worker at the Rhode Island Veterans Memorial Cemetery in Exeter, is accused of the despicable crime of stealing vets’ headstones he then used as flooring in his garage.

Maynard was arraigned Monday in federal court where he is expected to plead guilty. A former worker at the Veterans Cemetery, Maynard resigned after the cemetery learned he had stolen hundreds of headstones destine as flooring in his shed and garage.

Maynard claimed the stolen stones were damaged, however, headstones are supposed to be destroyed and never reused. The names of veterans still visible in some cases, Maynard had used them to line the floor of his garage and shed at his home in Charlestown.