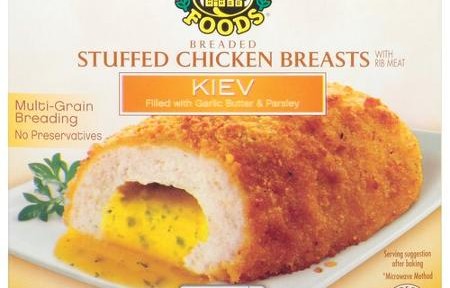 According to a USDA news release, the recall affects stuffed chicken products that may be contaminated with Salmonella. The products were manufactured between February 17 and May 20, and were sold at supermarkets across the U.S. and Canada. According to the USDA’s Food Safety and Inspection Service, at least six people in Minnesota and Wisconsin got sick after eating the recalled products between April and late June. The recall was originally announced on July 2 and included 58,000 pounds of chicken products, however the recall was expanded on Sunday after additional illnesses were reported. h/t fox13now

Here’s a full list of the products included in the recall.