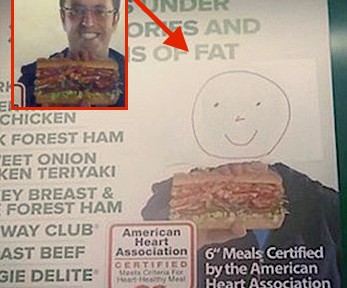 Countless Subway outlets have been commanded by corporate to remove or cover up any and all in-store images of Fogle after his home was raided Tuesday as part of an F.B.I investigation. We’re told store owners were instructed to hold on to all Jared promo materials — just keep them out of sight in the back, “until someone says otherwise.” We did speak with one store who said their manager said toss the Jared stuff in the trash. Obviously, not everyone’s expecting a comeback. h/t tmz