Well now that’s odd.. Law enforcement officials are saying the weapon used in the seemingly random slaying of a San Francisco woman walking on the pier actually belongs to a federal agent.

Juan Francisco Lopez Sanchez, an illegal who had been deported numerous times, admitted to killing Kathryn Steinle, but now we are learning the gun he used was issued to a federal agent. Authorities declined to comment further.. 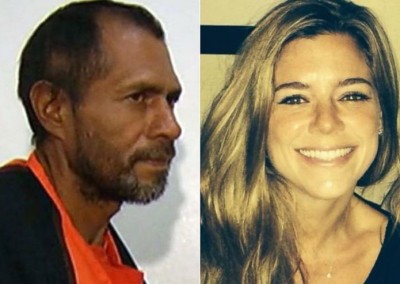 The official who was briefed on the matter says a police check of the weapon’s serial number shows it belonged to a federal agent. The official was not authorized to speak publicly about the case and spoke on condition of anonymity. The official declined to elaborate further. Juan Francisco Lopez Sanchez pleaded not guilty Tuesday to first-degree murder in last week’s shooting. Sanchez told two television stations he found the gun wrapped in a shirt on the pier. h/t pix11

San Francisco officials released him from jail in April, ignoring an Immigration and Customs Enforcement request to detain him so deportation proceedings could begin.