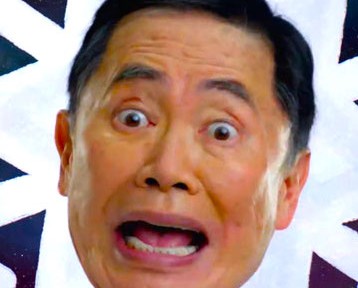 Star Trek‘s Sulu, aka George Takei, issued Supreme Court Justice Clarence Thomas an half-hearted apology after calling him a “clown in blackface,” during an interview.

Although Takei starts off his Facebook post with “I owe an apology,” He went on to explain why he was allowed to make the blatantly racist comments. I recently was asked by a reporter about Justice Clarence Thomas’s dissent in the marriage equality cases, in which he wrote words that really got under my skin , by suggesting that the government cannot take away human dignity through slavery, or [sic] though internment. In my mind that suggested that this meant he felt the government therefore shouldn’t be held accountable, or should do nothing in the face of gross violations of dignity. When asked by a reporter about the opinion, I was still seething, and I referred to him as a “clown in blackface” to suggest that he had abdicated and abandoned his heritage. This was not intended to be racist, but rather to evoke a history of racism in the theatrical arts. While I continue to vehemently disagree with Justice Thomas, the words I chose, said in the heat of anger, were not carefully considered.

I am reminded, especially on this July 4th holiday, that though we have the freedom to speak our minds, we must use that freedom judiciously. Each of us, as humans, have hot-button topics that can set-us off, and Justice Thomas had hit mine, that is clear. But my choice of words was regrettable, not because I do not believe Justice Thomas is deeply wrong, but because they were ad hominem and uncivil, and for that I am sorry.