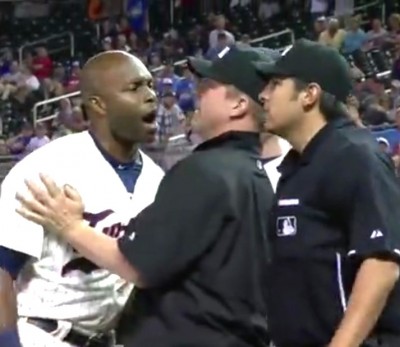 Twins coach Paul Molitor trotted over to Hunter’s defense, but he continued, tossing his helmet and the rest of his protective gear on to the field, followed by his jersey.

Best case scenario, Hunter will be facing a stiff fine.