Looks like Hailey Baldwin will have to cancel a few fashion shows after announcing she broke her foot.

Baldwin made the announcement on her Instagram posting a picture with the caption “Broke my lil foot smh”. 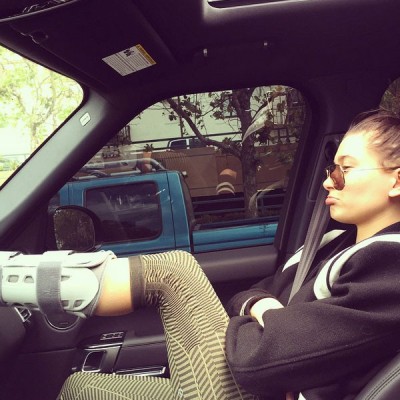 Baldwin was depicted making a pouting face while wrapped in a walking boot.

The confirmation came days after numerous posts by the 18-year-old-model of a suggested broken ankle. “I’m about 90% sure I just broke my ankle,” Baldwin posted to Twitter Tuesday, post the Met Gala. “Potentially just broke my ankle on my way to the airport but at least the Margiela’s are looking good,” wrote the model in another post. h/t E!