Kings star hockey player and Erin Andrews BF, Jarret Stoll was busted by a Wet Republic security guard for possessing 3.3 grams of cocaine and 8 grams of Ecstasy while trying to enter a Las Vegas pool party.

Stoll was arrested after the security guard discovered the drugs in Jarret’s swimming trunks during a routine pre-entry patdown. 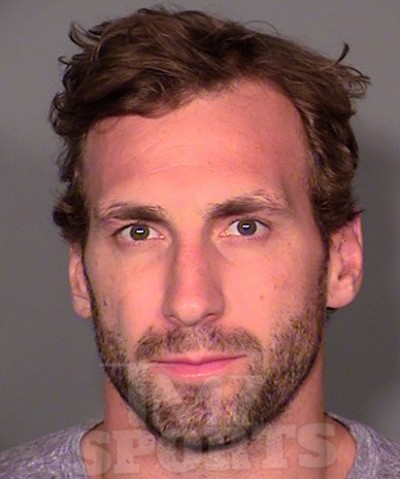 The L.A. Kings player was busted around 4:30 PM on Friday while going through the security area — that EVERYONE goes through — on the way in to the Wet Republic pool party at the MGM Grand. Despite the sign CLEARLY warning people that they will be patted down on the way inside, Stoll took his chances … and a Wet Republic security guard found a pink baggie with white powder and numerous “gel-caps” with an off-white powder inside consistent with the drug “Molly.”  h/t tmz

According to the police report, when asked if the powder inside the baggie was cocaine, Stoll admitted it answering, “Yes.”

He was eventually released after posting $5,000 bond.