Taraji P. Henson: Thank You To That Officer For Being Kind To My Son 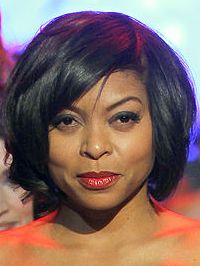 Taraji now says, “I would like to publicly apologize to the officer and the Glendale Police Department.  A mother’s job is not easy and neither is a police officer’s.” She adds, “Sometimes as humans WE overreact without gathering all of the facts. As a mother in this case I overreacted and for that I apologize.” h/t tmz

Translation: Marcel probably wasn’t exactly straight with his mom on what went down.