Woody Allen made a serious play in an effort to hook up with a then 18-year-old: Mariel Hemingway by trying to book a paris getaway for just the two of them.

Hemingway had just starred with Allen in the 1979 hit movie “Manhattan” when the director flew out to her parents’ home in Idaho saying he wanted to take her to Paris. 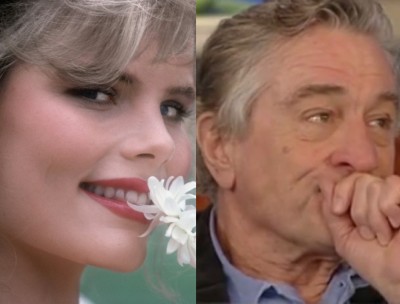 “Our relationship was platonic, but I started to see that he had a kind of crush on me,” writes Hemingway in her new memoir “Out Came the Sun. “I didn’t know what the arrangement was going to be, that I wasn’t sure if I was even going to have my own room. Woody hadn’t said that. He hadn’t even hinted it.” h/t fox

Hemingway refused to go and the forties-something Allen promptly called for his private jet the next morning and left Idaho.

And then there was her discussion of a movie project with Robert DeNiro. The actor was “fat and unpleasant,” she says, and “started to hit on me. I started to see what I was dealing with, which was a guy who had no interest in the movie I was describing, who had come across town only because some young actress had invited him, who was probably thinking about getting laid.”