Sure, the new MacBook appears sleek as a beak and down right gorgeous! But there’s just one thing missing, that iconic glowing Apple logo!

Even-though the new MacBook is insanely thin, it’s missing one phat feature! That ego stroking and familiar glowing Apple emblazon on its backside. 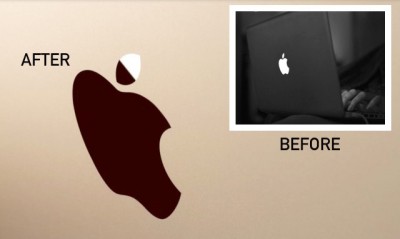 The glowing Apple logo has became a pop culture icon ever since Apple released the Powerbook G3 in May 1999. However, it looks like Jony Ive’s design team is ready to sacrifice the shining Apple beacons in the name of thinness. h/t cultofmac

Will you miss the glowing Apple logo? Would its absence be enough of a reason for you to forgo an upgrade? Let us know in the comments below.