The Bonhams auction, held in in New York, estimated the motherboard might bring between $300,000 and $500,000, but when the gavel came down, it fetched north of $1 million. 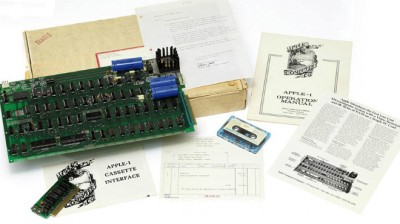 Only a few Apple 1 computers survive today. Only about 200 total units were ever produced. The buyer remains unknown.