Ronda Rousey in her match at UFC 184 on Saturday night took out Cat Zingano with an armbar in a mere 14 seconds.

Rousey has now shredded every opponent in the women’s bantamweight weight class. 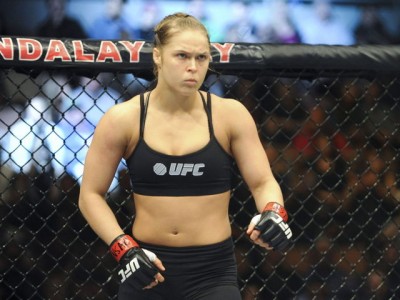 Zingano shot out of the gate as the opening horn sounded, and rushed Rousey with the hopes of landing a flying knee. The champ easily avoided the attack, tossed “Alpha” to the floor, and violently finished the fight with a nasty straight armbar. h/t thescore

Rousey’s dominance is unprecedented, as it’s only took her a combined 30 seconds to dispatch her last two opponents.