The lovable announcer of hit comedy show, Laugh-In, Gary Owens has passed away at his home in Encino.. He was 80.

Before TV, Owens was popular radio disc jockey on KFWB-AM later moving on to KMPC-AM. 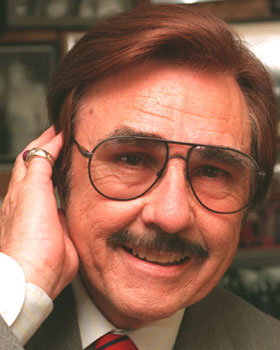 The cause was complications of diabetes, said his son, Chris. Cupping his ear like an old-time radio announcer and saying in his deep tones he was speaking from “beautiful downtown Burbank,” Gary Owens was one of several performers who parlayed appearances on “Laugh-In” into a long career. h/t latimes

He was also the announcer for numerous other shows, including “The Wonderful World of Disney” and “The Gong Show,” and was in demand as a voice-over artist.