Is Kylie Jenner pregnant with rapper, Tyga‘s baby? If you ask InTouch, the answer is yes.

17-year-old Jenner is said to be expecting a baby with Tyga, 25. 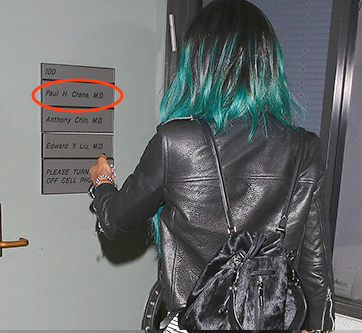 An insider reported to In Touch that the youngest Kardashian-Jenner sibling is pregnant with her first baby, after her mom Kris Jenner tried to stop the romance with the baby daddy last month. According to the snitch, “furious” Kris allegedly “tried to ban her from dating Tyga in December.” While Kylie “really wants to have this baby,” Kris is reportedly none too pleased with the idea of becoming a grandmother by her teenage daughter. “Kris is furious about the baby news,” the snitch revealed. “She was screaming, telling Kylie she was going to kill her and that she should have never let this happen.” h/t thestir

Although Tyga and Kylie have been spotted out partying numerous times (including French Montana’s birthday party), a baby would change things for sure. The source shared, “She’s going to have to rein it in. She’ll calm down and get her priorities straight, because she really want to have this baby.”