Call Her Miracle: Girl 7 Walks Away From Impossible Plane Crash

First responders spent three hours Friday night searching the dense Kentucky woods trying to find a small plane that had crashed in Lyon county, meanwhile, a little girl who was involved in the fatal accident was traversing that same rough terrain on her walk to safety. The prominent Gutzler family had been returning from a holiday in Florida – only the girl survived.

In what is being called a miracle, Sailor Gutzler, the 7-year-old girl on-board the plane climbed out of the wreckage and walking several miles to a stranger’s house. 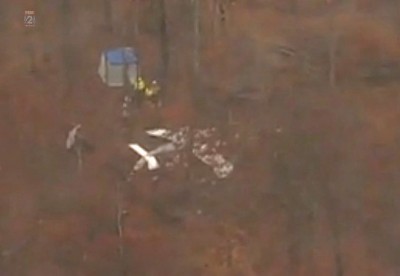 “Opened door and this little girl 7 years old. Had bloody nose, arms scratched up, legs eat up and she told me her mom and dad was dead said she had a plane crash and the plane was upside down.” said homeowner Larry Wilkins.  Wilkins thinks his security light may have been a beacon. h/t fox2now

She had some broken bones, she had a broken wrist. She was able to, amazingly, pull herself out with her good arm and hand.” said Lt. Brent White. It was dark, cold and wet, but somehow the little girl found her way through brush, briars and past creeks  to a home in the woods.

Sailor`s father, mother, older sister and cousin did not survive. Friends back home in Nashville, Illinois know the Gutzler family as well.  They say the dad, Marty was an experienced pilot.