Why Was This FL Couple Locked In An UNLOCKED Closet For 2 DAYS?

Someone needs to call R. Kelly STAT! John Arwood, and Amber Campbell got a big surprise after Police had to free them from an unlocked closet at Daytona State College’s Marine and Environmental Science Center on Tuesday.

The couple called 911 after spending two days believing they were trapped in a campus closet, but responding officers found the door to be unlocked. 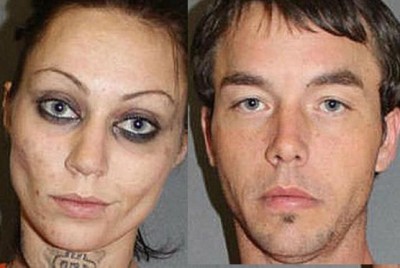 After receiving Arwood’s call for help, police were able to track the signal from his cell phone to determine the couple’s exact location. Once the pair had been freed, officers on the scene struggled to understand how the couple could have possibly arrived at the conclusion that they had been trapped. They decided to investigate by sending one officer into the closet while the other remained outside. Unfortunately, not only did the door fail to produce any resistance to opening, it was discovered to not even have been outfitted with a lock. h/t business2community

The couple claimed they were chased into the closet on Sunday, but failed to identify by whom exactly.

As you might have guessed by now, cops found crack cocaine paraphernalia inside the closet.