Gossip Cop Goes NUCLEAR On Hollywoodlife: Proven 100 Percent Made Up

We all know by now that GossipCop.com is the selfproclaimed guardian of the gossip universe, but did they really have to go so hard against Bonny Faller’s Hollywoodlife.com? GC is going after the gossip website in a new article that claims HL is flat-out making up its news..

GossipCop called out the popular online rag, pulling no punches, saying Hollywoodlife completely fabricated a story that reported the new name of the Kardashian-Disick offspring. 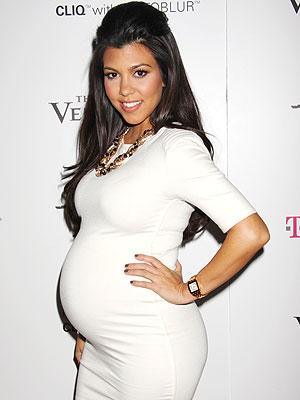 Disick’s late father’s name was Jeffrey, while Kardashian’s dad was Robert. HollywoodLife noted they wanted “their son’s name to be meaningful to them both.” Of course, the bogus blog was dead wrong again, much the way it was off base when it claimed the baby was going to be a girl. Whoops.

..Time is not HollywoodLife’s friend, because after the site gets what it wants — quick traffic and links — as days or even just hours pass, ultimately an alarming number of its stories are proven to be 100 percent made up. Surprisingly, HollywoodLife has never responded to our question about whether they simple fabricate stories or they just happen to have the worst sources. Either way, the site’s accuracy record, especially when they claim to have an “exclusive,” is horrendous. And the Kardashian-Disick baby name is just another example. h/t gossipcop

We can’t say that we disagree with the cop on this one! But still, Ouch!