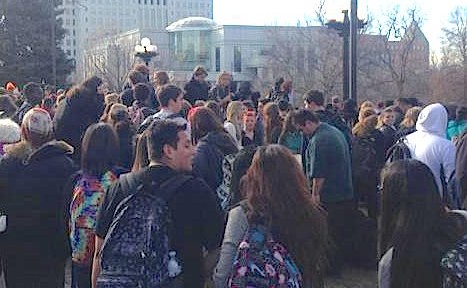 At least 1,000 students took part in a walk out, exiting classes to join a planned #Ferguson march.

Students chanted “hands up, don’t shoot” and “Justice for Michael,” as they moved on toward downtown and along the 16th Street Mall on their way to the state capital. 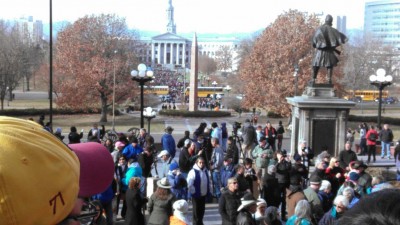 Students from East High School in Denver walked out of class Wednesday morning in a protest over grand jury decision in Ferguson Mo. last week.

Denver Police provided an escort for the students who at times walked in the street stopping traffic.