JWoww And Fiancé Get Large Back Tattoos Honoring Daughter 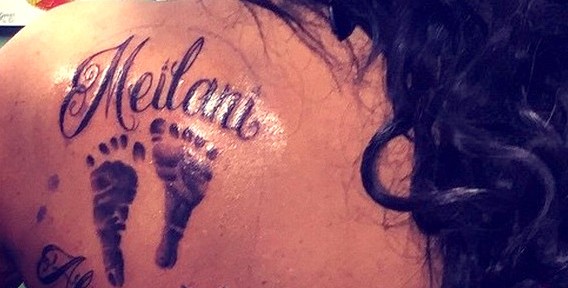 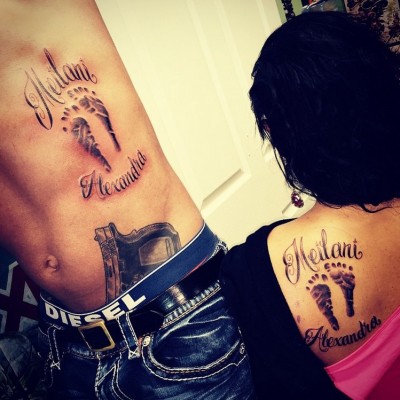 JWOWW took to her Instagram page on Sunday (November 23) to show off her new upper back tattoo (Roger’s is on his side) which consists of baby Meilani’s footprints sandwiched between the words “Meilani” and “Alexandra.”

“Hello new tat,” Farley captioned on her solo pic, adding “We’re officially corny cute parents lol” to the couple shot. Check out the (adorable) pics for yourself, and we’ll all just politely ignore the fact that Mathews has a gun tattooed about two inches under his daughter’s name.