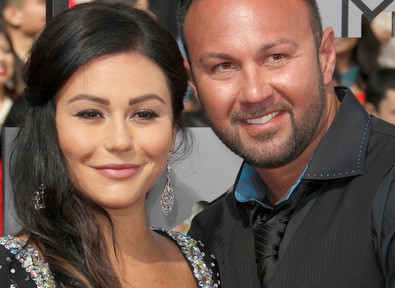 “Jersey Shore” reality star JWOWW a.k.a. Jenni Farley announced she is pregnant with her second child following her wedding to Roger Mathews on Sunday.

The couple finally made things official, tying the knot after dating for five years and a one-year engagement. JWOWW and Roger had a big surprise for guests at their reception! JWOWW, 29, and Roger, 40, revealed their baby news on their big day, with a huge sign of their one-year-old daughter Meilana.

The couple stated, “Baby No. 2 is official!! We are expecting and couldn’t be more excited. A wedding that was beyond a dream come true and baby No. 2 on the way, we couldn’t ask for more. We are on cloud nine!” h/t Us Weekly