Charles Manson has gotten a marriage license to wed a devoted young woman who visits him often in prison.

Manson, 80 and Afton Elaine Burton, 26, who moved to Corcoran to be closer to the killer, is planning on a winter wedding. 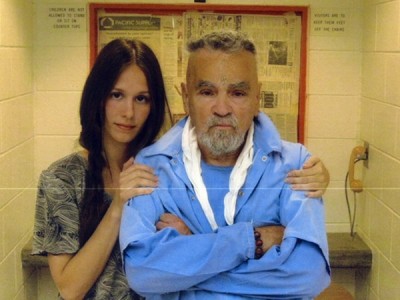 The license affords the couple 90 days to get hitched or they will have to reapply. h/t actionnewsnow

Burton gave an interview in which she said she and Manson planned to marry. But Manson denied it.

Burton, who goes by the name “Star,” reporters she loves Manson and they will marry next month. She denied reports that he wasn’t interested in marriage.