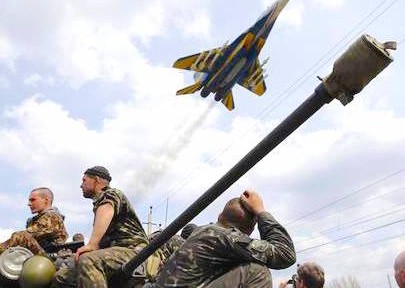 Russian state-controlled TV broadcast photographs of what it says is Malaysia Airlines flight MH17 being shot down by a Ukrainian fighter jet.

Several commentators examined the photographs and deemed them fake, however, the first vice-president of the Russian Union of Engineers said they had studied the photo and found nothing to suggest it was a forgery. 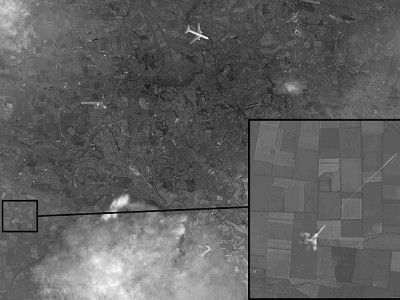 The photographs, said to be taken by a Western satellite, appear to show a fighter jet firing a missile at a passenger plane over eastern Ukraine where the Malaysian airliner was shot down on July 17, killing all 298 people on board. h/t msn

Moscow has long said it believed the aircraft was destroyed by a Ukrainian military jet, while Western officials say evidence suggests the plane was hit by a Russian-made surface-to-air missile fired by pro-Russian separatist rebels.