Glee Star Gets ‘Taken To The Cleaners’ In Divorce Settlement

The details of Glee star Jane Lynch‘s divorce have emerged and those details are a whopper..

Lynch’s divorce to her wife, Dr. Lara Embry, became a done deal Monday, and the ex is making out like a bandit. 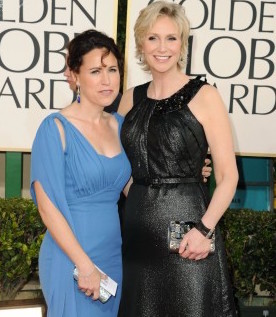 The property settlement is a doozy as Lynch was considered “the breadwinner” of the relationship, giving up half of her fortune to her ex.

Embry, a psychologist by trade, will get a lump sum of $1.2 million, doled out over over a 2-year period, and that’s not all, not by a long shot.

— half of the proceeds from their Mulholland Tennis Club membership

— half of all royalties from Jane’s TV appearances, including “Glee”