A student at Haynes Middle School has died after preliminary test prove he had the EV-D68 virus.

According to Metro Nashville Public Schools: “The Health Department has not received a confirmation yet because specific testing is pending,” a press release said. 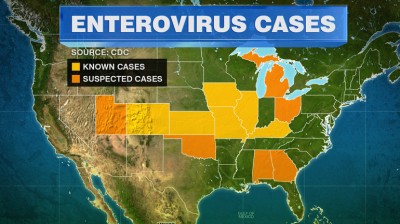 “This death is a tragic reminder that cold and flu season is here. Enterovirus is a respiratory virus that most often results in symptoms of a common cold, such as coughing, sneezing and fever. Enterovirus causes a simple cold for most of us, but it can lead to serious illness and even death for a child with asthma.” h/t fox17

Enterovirus D68, or EV-D68, is one of more than 60 types of enterovirus which commonly cause cold-like symptoms in people. It was first identified in the United States in 1962.