Joanne Borgella, American Idol season 7 alum, has died. She was 32.

Borgella passed away as the result of a rare case of endometrial cancer. 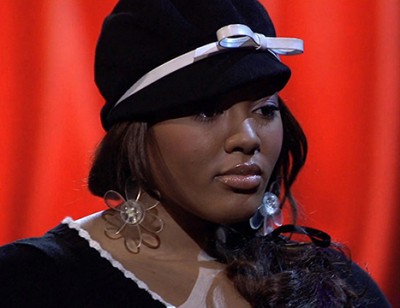 Her family announced the news via her official Facebook page on Saturday, Oct. 18.

“To God be the glory! With heavy hearts, we are deeply saddened to announce the passing of our beloved Joanne,” the family said in a statement. “On Saturday, October 18, 2014 at 5:45AM, Joanne Borgella Ramirez was called by the Lord to heaven.”

“At an early age, Joanne made a choice to serve and trust the Lord; and since her diagnosis over a year ago, Joanne made a choice to also be a fighter and share her journey with the world,” the family’s message continued. “Her faith, courage and strength were unshaken throughout every obstacle she encountered. Although our family is suffering with this great loss, we find comfort in the closeness Joanne shared with the Lord. We know her spirit still shines and will continue to live on in heaven.” h/t usmagazine

Borgella’s family also encouraged fans of the singer to “educate themselves” on Endometrial Cancer, which is a type of cancer that develops in the uterus. Last month, Borgella — who also won first place on Mo’Nique’s Fat Chance reality show in 2005 — posted that she was heading back to the hospital for two procedures in radiation.