A very brave Connecticut teen had the presents of mind to scurry up to his home’s attic, undetected, after burglars staged an afternoon home invasion.

Two men, who had already attempted and failed breaking into two other homes on the same block, successfully broke into the home of the 13-year-old, who quickly hid in the attic while making a very quiet call to 911. 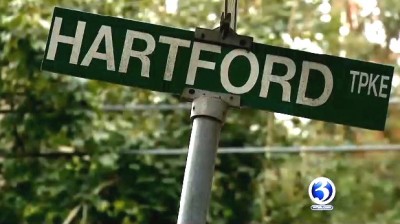 Police arrived code 3 which likely scared the offenders out of the house. After scanning the neighborhood, police released Zeus, a crook-hungry K-9 officer, who promptly tracked the suspects down.

Andrew Vermiglio, 24 and Devin Cruz, 18 who were each charged with criminal attempt to commit burglary, conspiracy and risk of injury. They remain in jail on a $25,000 bond.