The folks at AMC have just released the first four minutes of the season premiere of The Walking Dead.

The clip reveals Gareth and the gang at Terminus trapped in a rail car in a flashback before it cuts to what may be the same car to show Rick, Daryl and company all gearing up for war. 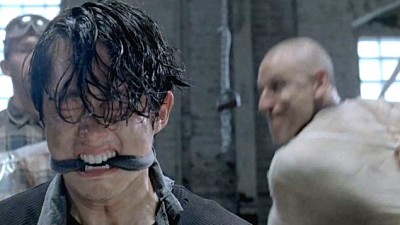 Looks like a can of whoopass is getting opened up on poor Glenn.. Watch for yourself below.