Reports say that a plane on the ground in Las Vegas, Nevada, from New York City is now quarantined at McCarran Airport.

Information is sketchy and so far the Southern Nevada Health District or the Centers for Disease Control and Prevention are mum, however, there are people on the plane reporting on social media that they are quarantined on the tarmac and there is word that two passengers from Africa are reporting that they are sick. 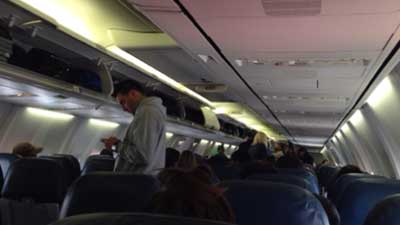 TRENDING: Doctor: Ebola Was MAN MADE! Has U.S. Patent To Prove It
CLICK PHOTOS TO SEE MORE
POST NOWTWEET NOW