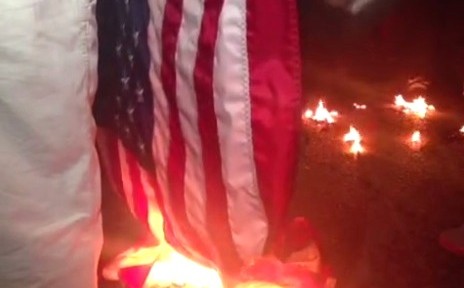 Protesters near where Michael Brown was shot in Ferguson, St. Louis, burned American flags tonight as unrest was at a fever pitch following the fatal officer-involved shooting of another teen, Vonderrit D. Myers, 18, who police say opened fire on an off-duty officer. 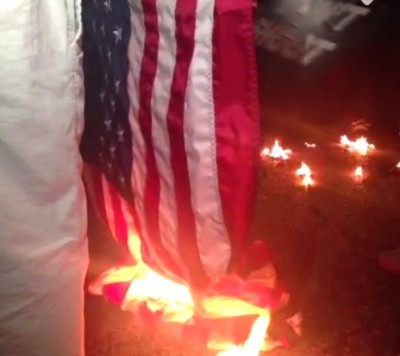 The protesters chanted “no justice, no peace!” and “hands up, don’t shoot!” as they waved the burning American flags.