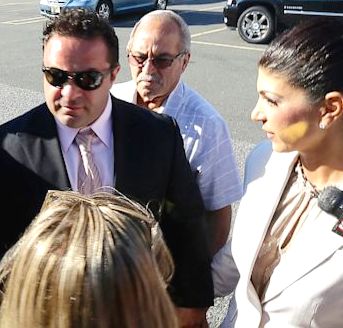 United States Bankruptcy Court judge Donald H. Steckroth rejected the couple’s request to dismiss over $13,000,000 in debt – simply ruling – “The case of the above named debtor(s) is closed.”

The surprise ruling means that the Giudices will have to find another way to satisfy the massive debt.

As for the fraud and tax evasion convictions, Joe is expected to receive 47 months in prison while Teresa could spend as many as two years behind bars.

There is a chance the judge may allow Teresa to serve her sentence on home confinement.

Teresa and Joe Giudice are due in federal court today, Thursday, Oct. 2, 2014.