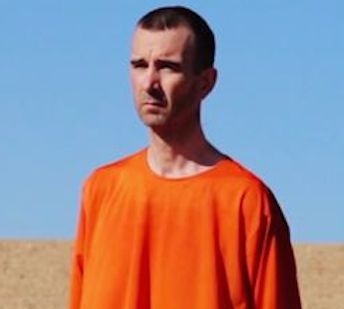 British Prime Minister David Cameron had strong words against the ISIS threat, but then Britain announced they would not be participating with the U.S. in any airstrikes against ISIS. Now one of their own has been slaughtered.