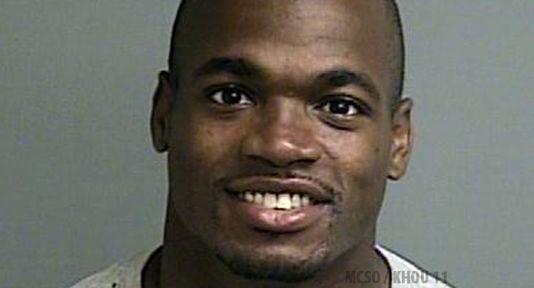 Behold Adrian Peterson‘s smiling mug shot taken around 1am Saturday night after the baller turned himself into jail. He was since released after posting $15,000 bail.

Peterson’s attorney said in a statement: 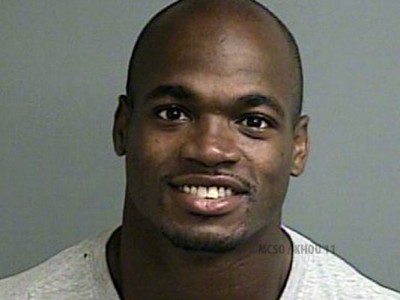