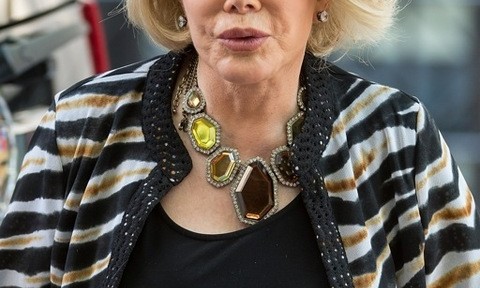 It is safe to say that funny lady Joan Rivers has had a tough morning. After her heart stopped during a medical procedure, Rivers was transported to the hospital and immediately put into a medically induced coma.

It won’t be a long sleep as doctors are planning on bringing her out of the coma this weekend.

It is unclear why Rivers was placed in a coma, but many suspect that doctors have done so to allow her body to recuperate. There could be other reasons, some of them not as favorable.

Joan Rivers has been upgraded to stable but critical condition. According to Ken Baker from E! News, Rivers is doing okay after a very frightening morning. As previously reported by The Inquisitr, Rivers stopped breathing while in surgery at a clinic in New York. The comedian was undergoing a throat procedure — on her vocal chords — when her heart reportedly stopped. Someone from the doctor’s office called 911 and told the operator that they had a patient who had stopped breathing. Not a long time later, Rivers was rushed to Mount Sinai hospital in Manhattan. source

The hospital has confirmed that Rivers has been admitted there, but they have not commented on her current condition.