How great is this? Boston bombing victim, James Costello, the man who was seriously injured in the Boston Marathon bombing, married the nurse who helped him recover! 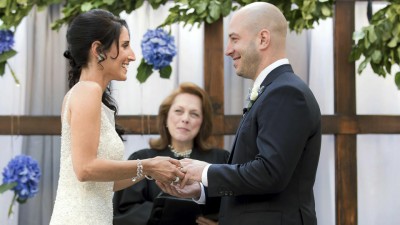 A photograph of Costello with his clothes torn to shreds and parts of his body burned became one of the iconic images of the deadly 2013 attack. He met D’Agostino, a nurse at Spaulding Rehabilitation Hospital, while he was recovering from multiple surgeries, including pig skin grafts on his right arm and right leg.
source

After the couple became engaged, Costello said he believed he was involved in the tragedy in order to meet D’Agostino, his best friend and the love of his life.