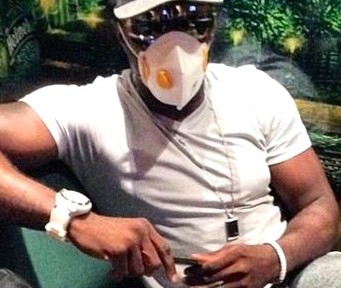 Jim Iyke, a renowned Nigerian actor, posted this picture on his Instagram account, depicting him on a jet fleeing Liberia over fears the Ebola virus is spreading in the West African country.

The ‘Nollywood’ star has sparked outrage after posting an image of himself wearing an Ebola mask while enjoying first class service at an airport lounge. 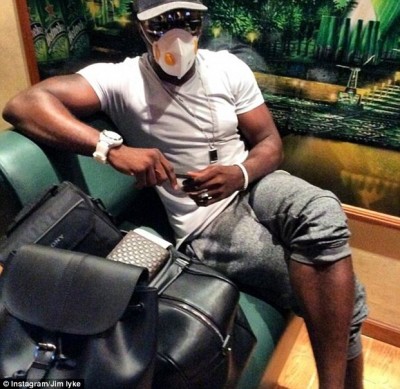 The image of Iyke sitting on green leather-clad seats in the airport’s luxury first class lounge while wearing an expensive designer watch and sunglasses was accompanied with the caption: ‘Not ashamed to admit this scares the Jesus outta me #Ebola.’   The contrast between Iyke’s image of first class luxury is in stark contrast to the thousands of terrified Liberians who are living in fear of contracting the deadly disease. However, much of the anger about his image stemmed from fear among Nigerian citizens that Iyke appeared to be travelling back to the country without having been tested to see if he was infected. source

Twitter user @IcallDibbz_ out it this way, ‘Please ooo, James Ikechukwu, aka Jim Iyke, should be quarantined.’

Others picked up on the fact Iyke had an expensive face mask to protect himself, but was wearing a short-sleeved T-shirt.