OITNB PORNSTACHE NOT Coming Back For Season 3 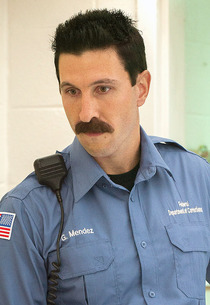 “I’m not taking part in the third season,” he said. “I’m a member of a show called The Brink that’s going to be on HBO. It’s a half-hour comedy with Jack Black and Tim Robbins and me [as] the three leads. I’m really excited about it.”

Schreiber didn’t rule out coming back for Season 4, if there is one.