At least 57,000 minors from Central America have crossed the border from Mexico to the U.S. over a few months, and gang leaders are reportedly filling their ranks from among them. 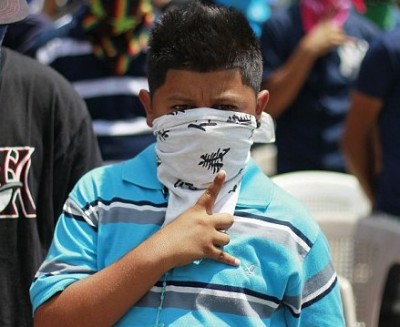 Transnational gangs such as the Mara Salvatruca, also known as MS-13, and the 18th Street gang are using established juvenile members from Central America to cross the border and recruit other children to the cartels, say sources.

According to Fox News, Border Control agents have witnessed gang members using a Red Cross phone bank at the facility at Nogales, Arizona, to ‘recruit, enlist and pressure’ other minors into crossing the border. Shawn Moran, vice president of the National Border Control Patrol Council, a union which represents border agents, says agents have witnessed the recruiting process. source

The Department of Homeland Security and Immigration and Customs Enforcement said earlier this week that they have no knowledge or evidence that gangs are recruiting immigrant minors.

‘We know it’s happening because agents are telling us,’ Moran told Fox News.