We don’t know what they’re smoking in Colorado, oh wait, we do! 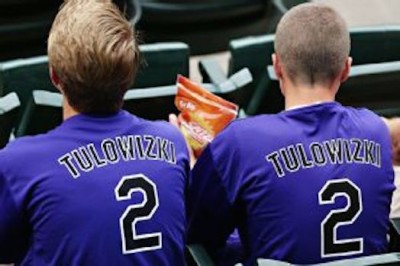 The Rockies say fans will have the opportunity to swap the misspelled jerseys for ones that feature the correct spelling. The Rockies said they discovered the misspelling at some point, but instead of disappointing those looking forward to receiving the jersey, the team said in a statement that it decided to hand them out anyway. “Is there something wrong with it?” fan Jordan Deuschleman asked, according to the Associated Press. “I didn’t notice with the name being so long.” The Rockies plan to remake the jersey with the correct spelling later in the year, and fans can exchange Saturday night’s for the new one at the stadium or at one of the team stores. source

Fans who exchange the jersey also will get a free ticket to a future 2014 or ’15 game.