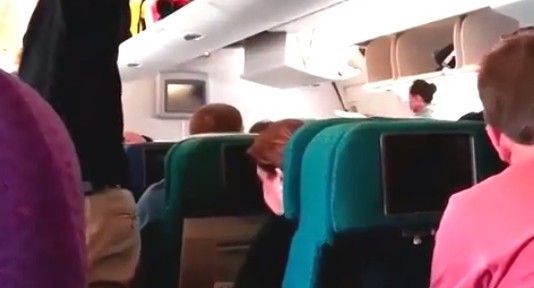 The 14-second video, which was uploaded on his private Instagram account, showed other passengers stowing their luggage in the overhead compartment. In the caption of the Instagram video, the 30-year-old seemed to have expressed his jitters flying home. “Bismillah… #hatiadasikitgentar (In the name of God… feeling a little bit nervous),” read the caption. source

An announcement, believed to be the voice of the pilot, could be heard in the background. “At the moment, we are on the final stages of boarding and cargo loading. Once again, please ensure all your phones are off for the flight to…” said the pilot, before the video ended. Md Ali, a psychology PhD student at Erasmus University Rotterdam, was reported to be heading home to celebrate the upcoming Hari Raya in Muar, Johor.