Billy had placed his mom in a Long Island hospice some years ago, she died there at age 92. 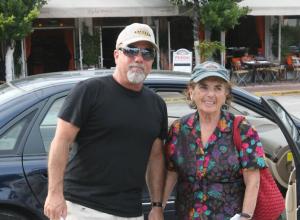 The Piano Man hitmaker confirmed the sad news in a post on his website, offering up a tribute to his late mother, who he credits with giving him the musical education he needed to become a world renowned star. A message posted on the site reads, “Rosalind Nyman Joel passed away July 13, 2014 at the age of 92. She is survived by son Billy Joel, and her daughter Judy Molinari; her sister, Bertha Miller; and her two granddaughters, Alexa Ray Joel, and Rebecca Molinari Gehrkin. source

In lieu of flowers the family requests a donation to The Little Shelter in her name.”