Megan Christopherson is the mother making news after she took her 4-month-old baby to a Brad Paisley concert and got booted out over breastfeeding the tyke in public.

Christopherson was attending the country singer’s show when cops approached her, expressing concern that her child might be too young to attend a concert. 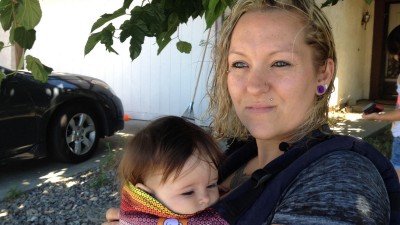 Authorities say they were concerned the child’s eardrums could be damaged, and that the crowd might surge and injure the 4-month-old. But Christopherson says the real reason she was kicked out of the facility was over breastfeeding.

A video posted by the mother on YouTube, but since taken down, shows one officer asking her, “Where you’re at, your child could get crushed. We’re afraid your child’s eardrums are being hurt.” Christopherson — who was also with her 8-year-old daughter — argues that the baby is fine, asleep and had been taken to a previous concert. She left after being offered the chance to go to a seated area free of charge or get a refund. source

Many witnesses claim the mother was ejected because of breastfeeding.