Tracy Morgan has initiated a lawsuit against WalMart over over an accident that left him seriously injured and killed his friend.

The lawsuit claims Walmart was negligent when a driver of one of its tractor-trailers rammed into Morgan’s limousine van. The driver had admittedly gone a long period of time without sleep. 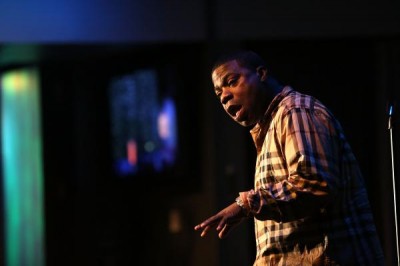 The complaint claims the retail giant should have known the driver had been awake for over 24 hours, and that his commute of 700 miles from his home in Georgia to work in Delaware was “unreasonable.” It also alleges the driver fell asleep at the wheel. “As a result of Walmart’s gross, reckless, willful, wanton, and intentional conduct, it should be appropriately punished with the imposition of punitive damages,” according to the complaint. source

The June 7 wreck on the New Jersey Turnpike killed 62-year-old comedian James McNair, who went by the name Jimmy Mack. Comedian Ardley Fuqua and Jeffrey and Krista Millea, who were injured as passengers in the limo, are also named as plaintiffs.