Who Is Kendall Jones? And Why Does She Kill All The Pretty Animals? 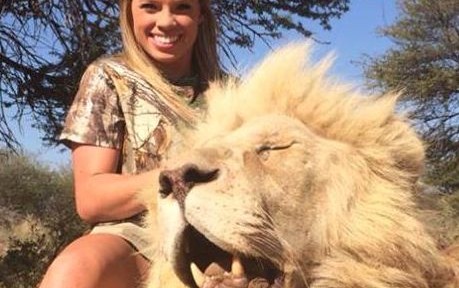 Kendall Jones is a teenage big game hunter from Cleburne, Texas, who has now come under fire herself.

Jones has sparked utter and complete outrage on the internet, (complete with death threats,) after posting photos of herself posing with exotic animals she has hunted and killed in Africa. 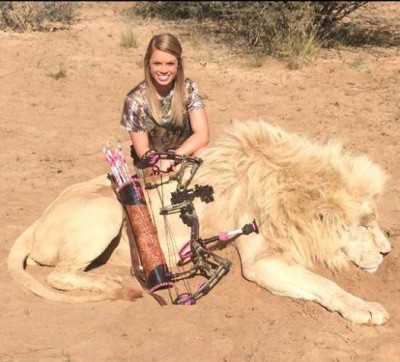 Over 44,000 people have signed a petition asking Facebook to remove the girl’s Facebook page which is entitled, “Kendall Takes Wild.”

“For the sake of all animals, especially the animals in the African region… where hunters are going for fun just to kill an animal! Some people have been reporting the pages lately but it seems Facebook is not concerned about what Kendall Jones is promoting in her page.”

The animals include a rhinoceros, lion, elephant, zebra, hippopotamus and several others.

Jones usually includes a short caption with each photo, like “Nothing like an African Sunset….and a little bow hunting!” and “Hunting in the Kalahari was such a great experience!” source

Jones’ page has amassed over 16,000 likes. The comments on her posts include a mix between supporters and protesters, but mostly protesters..

A second petition, started by a South African citizen, has been signed by more than 3,000 people asking the government to ban Jones from the country.